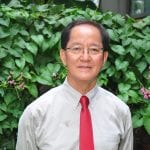 Peter served with the HPC’s EDC as an elder for a number of terms before he last stepped down in 2014. In the last 5-6 years, Peter has been serving in the HPC community on a short- to mid-term basis, largely in various care and outreach opportunities. Peter is semi-retired, and takes on projects from time to time pertaining to project management and consulting in the IT-oriented commercial space. In his spare time, Peter enjoys meeting up with friends and acquaintances. He likes non-fiction reading, and also enjoys sports such as swimming and golf. Taking walks/hiking with his wife Murni, learning and practice Taijiquan and table tennis are their common pastime, besides enjoying a cuppa and good food. 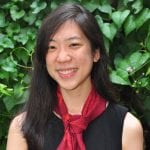 Yiqing grew up in HPC and accepted Christ at a children’s camp when she was twelve. She was baptised when she was twenty and has been the CG Leader to BSP CG for the past 11 years and counting.
She had previously served in the Young Adults Ministry and in multiple camp committees. Besides her CG commitment, Yiqing is also serving in the weekly outreach to the Crisis Centre (men’s homeless shelter) and sits on the Welfare Committee in HPC. She is passionate about community outreach and strives to live out God’s call for us to love and care for those in need, both within and outside our Christian community.
Yiqing works as a Medical Social Worker and enjoys baking, cooking and spending time with her friends and family. 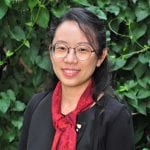 Lyndis became a Christian when her relatives brought her to Sunday School as a child. She was baptised at age 17, and has served in church music and Sunday School ministries since her teens. She is happily married to Elder Joshua Lee, and their daughters, Kate and Beth, are 13 and 10 respectively. She is an economist by training, but loves most to write and journal. She works as a public servant in a Statutory Board and enjoys going for nature walks in her spare time. Lyndis reads through the whole Bible once every two years via a daily reading plan and enjoys reading good fiction and Christian books. 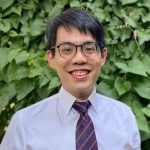 Joshua is an active member of Hope PC, and has “grown up” from within this community of faith. He serves as a worship ministry member, as a youth leader and cell group leader in Powerhouse+. He is a doctor by profession and is a clinical tutor for NUS medical school at TTSH. Joshua believes passionately that ministry extends beyond the four walls of the church; he serves as an advisory physician for Serving In Mission (SIM), providing medical advice to missionaries entering the field, and is a mentor to Christian Fellowship groups at NTU and NUS. Joshua desires to serve the Church during a difficult time of transition, thus seeking a term as a deacon. He is married to Amanda Chong. 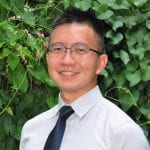 Jonathan came to know Christ as a child through his loving family. He grew up with the HPC church family since his Primary School days and was baptised in 2013. Jonathan desires for the church to be a community which knows Christ and wants to make Him known. He is passionate about ‘double-listening’: Listening to God’s Word clearly, and listening to God’s world keenly, so the Christian can effectively bridge the gospel to the world. He currently serves among the youths and young adults in HPC. Jonathan works in the public service, and enjoys running, photography, and nature. 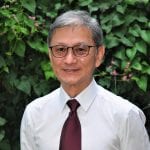 Aside from being treasurer, David is involved in worship ministries and will regularly be seen arranging worship schedules or climbing in to play the guitar himself! He has a heart for newcomers and often introduces himself when he sees them.

Wei Xun accepted Christ as a child in Sunday School. Following a period of stagnancy and skepticism in his late teens, Wei Xun’s faith in Christ was renewed and solidified through a personal encounter with the living God while in university – an event he shared as part of his testimony when becoming a member of Hope PC in 2018. He has actively served in HPC’s Worship Ministry as a worship leader and backup singer.

From a young age, Wei Xun has been fascinated with animals and enjoys seeing God displayed in His creation. He lives with his wife, Lisa, and their adopted Singapore Special dog, Belle.

Caleb has attended Hope Presbyterian Church service since a young age. Through regular attendance and involvement within the community, the church has shaped the way he understands the gospel and his perspectives and outlook on life. This has led him to be convicted and take ownership of the faith itself, getting baptised by the church in 2011.

He has since been involved in areas such as performing arts, worship and the outreach Life/Christianity Explored series. He is also blessed to be part of CG JUMP18, exploring the bible and serving alongside other similarly convicted members whom he trusts deeply.

Caleb is a relatively active person, and enjoys cycling, running and skateboarding – all of which are viable modes of transport that he uses to get to church.

Guan How previously served as a deacon and treasurer from 2004 to 2006. Currently, he serves in the Finance Committee and is a member of Contact Group CG11. He also served in the Youth Ministry as a mentor with JUMP 17 from 2014 to 2021.

Outside of church, he is involved with men’s Bible Study since 2004. He is currently working in the IT industry where he tries to be salt and light in the marketplace. Married to Esther, they have 2 sons, Daryl and Trevor. His hobbies are reading and running. 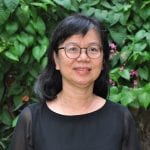 Yong Khiaw keeps the church on track with her attention to detail with the church accounting. We’d be lost without her! 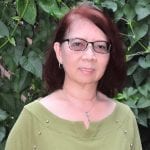 Rosalind is known around the church office for her lively personality and sense of humor. Aside from serving as administrative and worship support, she can often be found greeting people at the information counter. 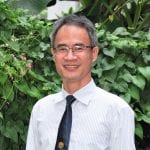 Chin Gay became a Christian when he was in secondary school. He is blessedly married to Peng Peng and they have four children: Daelan, Earlene, Shaelene and Skylar. He enjoys reading, thinking and drinking coffee, all of which have helped him in seeking understanding of the Christian faith. Education is very close to his heart. He had been a school teacher before, married a school teacher and at one stage homeschooled his children. 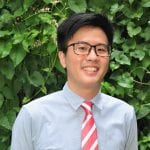 Joevan works in administration and you’ll often find him preparing all the behind the scenes details for the Sunday services. He likes singing with the worship band and can sometimes be spotted on stage with other singers on Sunday mornings. He’s also quite the movie buff! 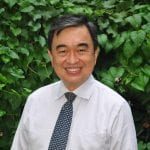 Desmond brings a welcome smile and handshake to our worshippers as an usher. He is passionate about bible study and being a mentor to our young adults. He is glad to be part of the church office team which works effectively behind the scenes to ensure that each church service and activity is well planned, coordinated and executed.